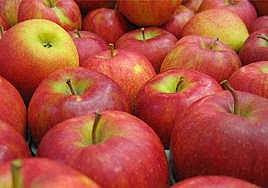 Sometimes when I'm experimenting in the kitchen, things go terribly wrong. I just don't tell you about them. Yet every so often, my experiments turn out better than I'd expected and today's recipe is one of those.

Last week I baked some apples. They were plain old apples done the plain old way. And while I thought they were delicious, I began wondering if I could step them up a bit. Later in the week, I bought a caramel apple and enjoyed every sticky bite. Then I got to thinking. Could I come up with a baked caramel apple? How would I go about it? Would it be successful or toss in the garbage bad? The only way to know was to give it a try.

I thought on it for three or four days before I decided to try my luck. Surprisingly, I came through with a happy discovery that I'm passing on to you. And even though I'm still trying to figure out how to step-up the caramel taste, this is as close as I've gotten for now.

I would have to say that if you are a baked apple lover, you're going to like this recipe. Those wanting more caramel can experiment themselves or wait for me to come up with a better plan. In the meantime, try these apples that are stuffed with fruit and nuts, topped with gooey caramel, and baked in rum-infused apple cider. You won't be sorry. I promise.


BAKED CARAMEL APPLES
Mix  together in a small bowl:
1/3 cup brown sugar
1/4 cup chopped nuts of choice, lightly toasted
1/4 cup raisins
Zest of 1/2 lemon
1/2 tsp. nutmeg
1/2 tsp. cinnamon
1/4 tsp. cloves
Core 8 apples of your choice; I used Fuji. Stand them in a baking dish that is no more than 2" high. Fill each apple with the brown sugar/nut mix. If some falls to the bottom of the pan, leave it.
Pour 2/3 cup of apple cider into the bottom of the pan along with 1 jigger of rum. I used spiced rum. Toss about 6 whole cloves into the liquid. They won't be edible, but they'll give the juice a lovely fragrance.
Top the apples with a spoonful of the vegan caramel sauce (recipe follows)
Cover with foil, bake at 350 for 45 minutes. Uncover and bake another 15 minutes. To serve, ladle some of the cider/rum sauce into a bowl, add the apple, and top with a bit more of the caramel sauce. Add vegan whipped cream or ice cream if desired.
Serves 8
VEGAN CARAMEL SAUCE
Into a saucepan put:
2 cups white sugar
1/2 cup water
1/4 cup agave nectar or white corn syrup
Bring to a low boil, swirling to keep things moving. Do NOT stir with a spoon. Cook about 12 minutes.
When the mixture is a golden brown, stir in:
1/2 cup coconut milk
2 Tbs. vegan margarine
pinch of salt
Stir carefully as the golden caramel mixture will bubble up. That is how it should be. Turn off the heat and let the caramel cool a bit before using.
Have a blessed Thanksgiving! 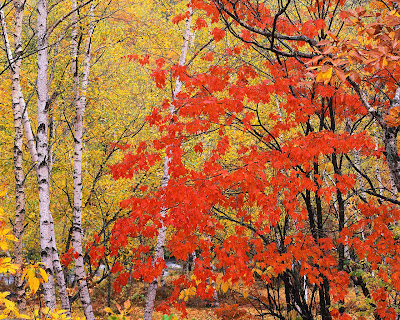 "Enter into His gates with thanksgiving, and into His courts with praise. Be thankful to Him, and bless His name."
Psalms 100:4
Posted by Unknown at 8:47 PM