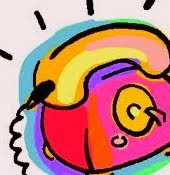 Have you ever received a phone call where the person on the other end barely let you get out a "hello" before they started talking? Well, that's what happened to me two weeks ago. "All the cousins are getting together," my sister said, "and we're coming to your house. We're having a potluck and the theme is picnic. We'll be there by one in the afternoon. See ya"

Truthfully, the call wasn't quite that terse, but almost.
I hadn't seen my two sisters for many months because of health problems in their families and the cousin who is like a brother to me had nearly disappeared off my radar--even though he only lives about two hours away. All told, I was happy we who were related as well as the spouses would all be together again, even if for only half a day.

While my family supports my being vegan, I've always asked them not to take that into consideration when planning meals. So I set my mind to thinking about what kind of dish I'd prepare that I'd like and they would too. I finally decided on a bean salad unlike any other I've ever eaten. It's a recipe I received decades ago from a neighbor, yet I seldom make it because it makes so much I could just about feed an army. Then again, I figured the small army coming to my home might like it, so I dug my old, beat up recipe box out of the cupboard and began scrounging for the recipe. (I really should get these files in order.)

The salad was a huge hit. Two of the relatives even asked for the recipe. I fully intended to email it to them when I thought to myself: maybe my vegan blog pals would like it too. So it is that I wish to share with you one of the best summer salads I've ever eaten. It's even safe to take on a picnic. And to leave out of the cooler. It's right up there on the top of the summer safe picnic scale. Even more, it's doggone good. I hope you like it as much as all the others I've ever served it to.

Dump all beans into a sieve or colander and rinse well with cold water. Allow them to drain well before putting them into a large bowl.

Mix thoroughly and pour over the beans, vegetables, herbs, and olives.

Refrigerate for at least two days to allow the spices to infuse the bean mixture and everytime you pass the frig, give the beans a good stir to redistribute them from the top to the bottom so everything eventually gets coated with the marinade. This is not a make it and eat it dish.

Serves a small Army (about 12)