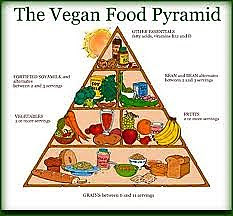 It's been two years since my doctor prescribed a vegan diet in order to keep me out of more intestinal surgeries and hospital stays for a twisted colon. In those two years, I've not been anywhere near the hospital, though I have had to suffer through some painful episodes due to eating too many raw fruit and vegetables. Especially carrots and apples, though broccoli and cauliflower tend to be culprits too.

Because some of my favorite fresh foods were giving me untold pain, I discussed the situation with my internal medicine doctor who's simple remedy was to eat nothing raw. Whatever went into my mouth must be cooked. If a green salad agreed with me, I could eat it in small portions. Thankfully, lettuce didn't send me into nearly unbearable waves of abdominal spasms, which on a scale of 1 to 10 was right up there with the labor pains just prior to giving birth.

There was a time, many years ago, before I was diagnosed with irritable bowel syndrome, that nothing stayed down, resulting in my losing 45 pounds in three months. I was sick all the time, afraid to eat, and losing hope that I'd ever be well again. That was when my daughter suggested that I try a juice diet. I figured I had nothing to lose so I purchased a Jack LaLanne juicer and set about drinking my fruits and vegetables. It took a while but I eventually got better. Well enough to consider myself almost as good as new.

But it didn't last. Four intestinal surgeries later and at least a half dozen hospital stays due to a twisted colon, I was at my wit's end, wondering how I would survive when food had become my enemy. It was during my last hospital stay that the attending doctor called in a specialist that I'd never seen before and knew nothing about. He turned out to be a God-send. With descriptions and hand-drawn pictures of what was happening in my intestinal system, he explained everything in great detail and  then informed me that if I wanted to get well and live a normal life, I needed to eat a vegan diet. 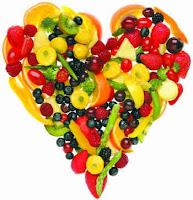 I didn't have the slightest hope that it would work. I have to say that there could be no bigger skeptic on the planet than I was. It must have showed in my face because he smiled at me and made me promise to give veganism a go. I tried to tell him that every doctor before him had sent me home to a soft diet free of nuts and seeds and anything full of fiber because they would only make me sick and I'd be back in the hospital again. Maybe even in surgery. He just smiled and asked me to give his plan a try. So I promised--and went home to a whole new way of eating.

During the past two years I have lost weight, had more energy, saw a great improvement in my skin, and generally considered myself to be well. I stayed away from many fruits and vegetables that I really liked unless they were cooked. Every so often I'd eat an apple or a handful of carrots and always paid the price. That's when the vomiting would begin again. And the "labor pain" like spasms. And the fear that somehow I'd end up back in the hospital again. I can't begin to explain how thankful I am that that hasn't happened.

My daughter suggested that I get my juicer out of the cupboard and begin juicing once again. But I knew that all that fiber the doctor insisted I needed would go into the trash because that's what a juicer does--extracts the juice and throws the fiber into the discard bin. If you've ever juiced, you know exactly what I'm talking about. According to the internist, that fiber was health and life to my body and had to be in my daily diet.

So it was that I began thinking about going "raw." And knowing that I couldn't just sit down with an apple and a bunch of carrots and a dozen or so green beans (a real favorite) or even some fresh snow peas tossed into my salad, I began thinking about purchasing an extractor--a machine that would turn all the fruits and vegetables I loved into a healthy drink while leaving the fiber intact. The more I thought about it, the better the idea sounded. I spent a couple of months considering whether the purchase would be worth while or simply a waste of money. If you've priced extractors, you know they are expensive. So I did my homework and ended up buying a Nutri-Bullet, mostly because Consumer Report gave it such a high rating and it was the least costly of the lot.

I suppose you're wondering why I've told you all of this. Simply because the machine came yesterday and is now sitting on my kitchen counter, waiting to turn broccoli and carrots and apples and grapes and almonds and flax seed and bananas and spinach and anything else I can think of into a vitamin-packed, super food antioxidant drink rich in fiber and nutrients juice that I'm convinced will make my tummy happy instead of sick.

I've decided to take you along on the journey. I'll let you know how things go, which raw food recipes taste the best, how easy the appliance is to use, and if I consider the purchase money well spent. If this subject intrigues you, or if you've had intestinal problems yourself, then come along for the ride. And while there is no way I intend to go completely "raw," I'm looking forward to seeing if amplifying my vegan diet with the liquid of fruits and vegetables I know and love makes any difference in my daily life.