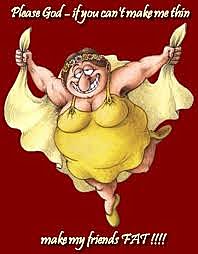 This month I am a year vegan. If you haven't read how that all came about, I'll give a short re-cap.

After about fifteen years fighting intestinal disease that landed me in the hospital way too many times--four were for major surgery and one included a colostomy reversed after nine months--the hospital finally called in a new doctor to see me rather than those who had always attended me in the past. I was there, once again, because of a twisted colon. I hadn't requested a new doctor nor had I ever heard of this one. He just showed up one day as I was laying in bed with a tube up my nose and down the back of my throat and into my stomach. He introduced himself and told me the hospital had asked him to come see me. 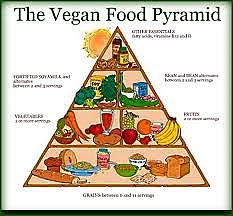 After five days of laying in a hospital bed with tubes everywhere, I got to know him a bit, for he came twice a day to check on my condition. The day came when I was going to be released and when he popped into my room for the last time, nobody was more shocked than I was when he  told me I needed to eat vegan if I wished to stay out of the hospital.

I was taken aback. In fact I was just plain disbelieving. "But," I said, "that isn't what all the other doctors and surgeons have told me in the past. I'm always told to go home to a liquid diet for two days and semi-soft for two days and then go back to regular eating."

"No, I always end up throwing up and in excruciating abdominal pain after a bit. By the time about three months has passed, when I can no longer keep food down or stand the pain, I come to Emergency. By then I know I'm in trouble."

Then he began drawing diagrams of a stomach and intestinal tract, showing me what was happening and why it was happening and how a vegan diet would change everything. I agreed to give it a try, though I doubted it would work or even help the situation. The whole plan seemed far-fetched, but I gave my word I'd give it an honest shot.

My first day home, my daughter stocked my cupboards with beans and grains and vegetables and fruits and soy curd and non-dairy milk and all the other things she saw listed. With great unbelief, I did what I'd been told and waited for the abdominal pain to lay me flat. It didn't happen. I figured by day two  it would begin. Didn't happen. The first week went by and while I fought a lot of flatulence, I felt fine. Still, I refused to take hope. I'd been disappointed too many times before.

Four months later I was down forty-five pounds. The weight fell off so fast my grandma skin didn't have time to catch up and was now as wrinkled as a crumpled paper. I didn't care. I felt great. I hadn't expected to lose weight. Nor had I expected my skin to come back to life. People who hadn't seen me for a long time stopped me to ask what I'd done to myself. They weren't interested in being vegan, but the women sure were interested in why the skin on my face glowed with health.

This month it is a year since I've eaten meat or dairy or any of the other things not on the doctor's list. I look good and I feel good. To my surprise, my primary care doctor gradually took me off blood pressure meds, ulcer meds, and pain pills, saying I no longer needed them. He also told me he thought the doctor who'd put me on a vegan diet was a genius. He admitted that he would never have thought to do that.

Since my clothes were now literally falling off my body, I dug around in the back of my closet for things that might fit me. I'd let my hair go straight and gray because I was tired of paying for tints and perms. I informed my hairdresser to do something new and I actually loved the cut she created. Then I called a good friend who sells Mary Kay and set a time for a make-over.

I think I still carry too much weight, but I believe my body is in a holding pattern, trying to figure out what's going on. My skin is in a holding pattern too--still wrinkled from the fast weight loss. How grateful I am for my mom's English genes, for while my arms and legs resemble elephant skin, my face is surprisingly free of any deep wrinkles, just as my mom was when she passed away at 82. She never did look her age. Maybe I won't either.

All of the above to say, it's been a challenge to find recipes that please my palette. I generally begin with an idea or even a recipe from a vegan cookbook and then start throwing in the herbs and spices and other things I enjoy eating. I've had people question as to how I'm able to stay vegan, for I spent 70 years as an omnivore. I always tell them the same thing.

"FEAR." Fear is a great motivator. Fear of the pain, fear of more extensive surgeries, fear of long hospital stays, fear of being sick all the time, living on pain pills and tossing my cookies at least once a day. Who do you know that would like a life like that? I am truly grateful that growing up, our family ate tons of vegetables from our garden and fruit from our trees. I never met a bean I didn't like and grains have always been a favorite. Changing my diet wasn't a dreaded thing. Learning how to prepare vegan meals was a challenge, but I learned.

What I've learned, I've passed on to you. I think you'll like today's Sweet Potato And Chard Soup. I went back for seconds. I bet you will too. Blessings.

Into a soup pot put:

Bring the mixture to a boil, turn heat to simmer and cook, covered, for an hour.

Add 1 large bunch of Swiss chard, rinsed and rough chopped. Turn the heat to medium and cook another 10 minutes. Serve with any favorite bread or biscuit.

VEGANS ARE A COLORFUL BUNCH!