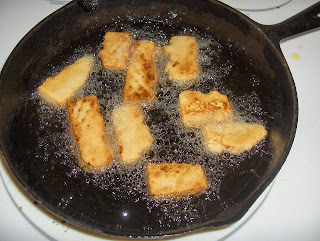 The Sizzling Tale of the French Chick Pea. Oui. Oui.

The room overlooked the Mediterranean. The man next to me was H O T. It was early morning and we looked at the azure sky through the open windows and heard the water splashing lightly against the shore. A perfect morning with a special man.

And then the phone rang. I leaped out of bed, stumbled across the hall and into my office, turned on my computer before I even turned on a light. It must be late. What's this? The computer said it was adjusting for daylight savings time. So, I'm not late? So it's only 5:45 am, not 6:45 am? Has not having a TV caused me to be unaware that the country was adjusting the time?

I have 2 laptops on my desk. I went to the 2nd one and googled daylight savings time. I had to laugh. The heading of one of the first search results said, "It's not today." My old computer was thinking (more accurately, not thinking) that the time changed every 4th Sun of Oct. So the time changes next weekend and I was late.

Late on Monday is not a good start. But I was ready for Panisse. I had shopped for garbanzo bean flour last week. It's a simple recipe. So why is it 9pm and the Panisse just went into the refrigerator for a 2 hour cool down? Because.

Today I bought new shoes so I can continue to walk the 5 and 10Ks without killing my feet. And I went to the 4 year olds tap dancing recital. Stuff like that. Enough about that. On to France. Panisse. What does it mean? I don't know. I tried to find out. Peasant maybe. Pants with lace maybe. Or short pants. Make it up. As you gather around to sample your first panisse, you can find a definition.

What's Panisse? It's a chickpea pollenta stick. They look like French Toast fingers, but don't be confused. Panisse is made the way you make pollenta. Pollenta is corn flour and Panisse is garbanzo bean flour. I found many recipes and learned that the measuring isn't too critical. The ingredients are few and a little more or less salt, a little more or less olive oil, isn't going to change the outcome.

Bring one quart of water to a boil.

Take off the heat.

Whisk into the hot water:

Return to medium heat and whisk about 3 minutes. 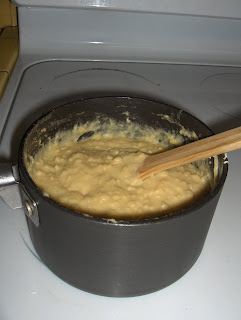 Switch to a long handled wooden spoon and cook over medium heat, stirring constantly for about 10 minutes, until the dough is thick and holds it's shape.

See those lumps? It looks a little like creamed corn. That's because I didn't take the boiling water off the heat before I poured in the flour. It was too hot. Some of the flour wanted to be a bean again.

Next step. Lightly oil an 8 inch square baking pan. Pour the thick dough into the pan and cool for 2 hours. 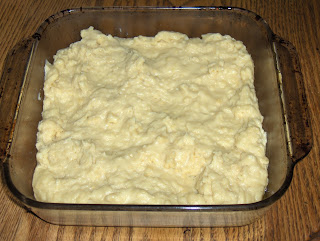 After the dough has cooled it will easily dump out onto a cutting board in one big square.

Heat about an inch of oil in a heavy fry pan, just to sizzling. While you are waiting for the heat to come up to temperature, cut the dough into 14 strips one way and then cut those strips into 3 equal lengths. That will give you 42 little panisses.

Carefully slide the panisses into the hot oil one at a time and cook until golden brown, turn with tongs and cook the other side. Take out of the oil and drain on paper towels or a brown paper bag.

Sprinkle liberally with salt and pepper. 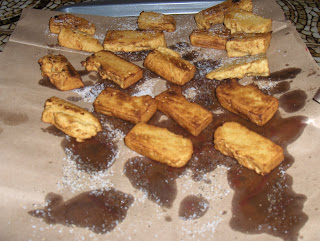 The texture is a little like a french fry. A little crispy on the outside, soft on the inside. Good.
A dream is calling me. Time to see what happens in that little French Mediterranean adventure I was on when the day started.
Posted by Sonsie A David at 8:22 PM

Email ThisBlogThis!Share to TwitterShare to FacebookShare to Pinterest
Labels: Chickpea