Rooster's Beak - Pico de Gallo
The Story goes that Fresh Salsa is called Pico de Gallo because it was eaten with the thumb and finger(s) pinched together like a rooster's beak. Now who does that? You might try it. Let me know what you think. Do you feel authentic?
Saturday is Farmer' Market day and I needed some fresh tomatoes and peppers. This is my story.
Saturday Morning, crisp and bright.. no it was overcast and damp.
I grabbed my woolen hat and zipped up my jacket and headed out.
I brought my brightest bags. " The better to see you my dear." 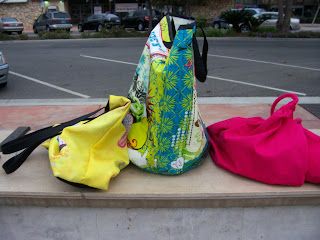 Yes, I need tomatoes and peppers, but it's the holidays. In CA the holidays would not be the holidays without tamales. I picked up a dozen for the freezer. It was early so I didn't have to wait in line and tamale man even posed for a picture. 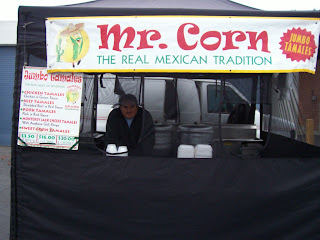 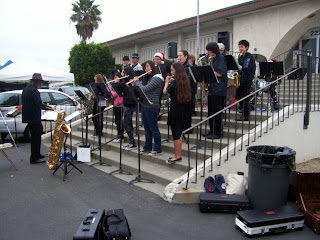 Three laps around the market and I couldn't find peppers. They must be out of season. How can that be? I had tomatoes, tamales, grapes, strawberries, persimmons, apples, lemons, limes, baby spinach and arugula.
On the way back to my car I started searching for my keys. Not in my pockets. I stopped, put down all of my bags and opened my purse. I unzipped every zipper, I unsnapped every snap. NO KEYS. I checked the bags. Then I did it all over again. Well, the bags were heavy and the wind was coming up, I decided to walk toward the car.
There. What was that behind my car? That spot of something. Could it be? 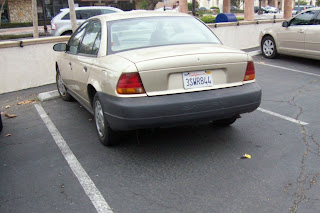 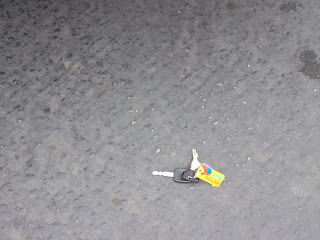 PICO DE GALLO
I chose Organic Cherry Tomatoes.
They looked like the heirloom tomatoes I grew one year. Not exactly Green. Not exactly Red.
I stemmed and quartered one basket, about 2 cups.
( Keep your tomatoes at room temperature to preserve their flavor.) 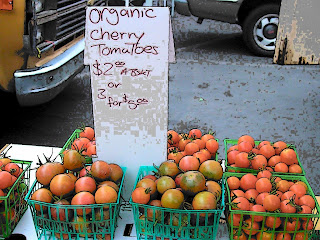 I found peppers at my local Albertson's. The little ones are Serrano Peppers. The bigger ones are Jalapenos. What's the difference? Those little guys are TWICE as spicy hot as the Jalapenos.
I decided on the Jalapenos and finely diced up half of one.
No two peppers are alike. Best to be conservative and add more later.
A note. Chop peppers and onions on a separate cutting board. I use a plastic one. When you are cutting up fruit tomorrow, you don't want them to taste like peppers and onions.
Also. Wash your hands after chopping peppers and onions. Touch your lips or your eyes before washing and you will know it. 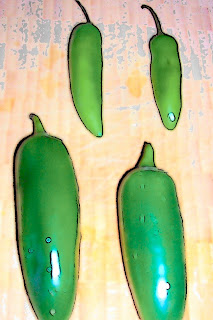 Cilantro. Not Parsley. But her cousin.
The first time I used Cilantro my daughters told me it smelled like old ladies. It does smell a little like mothballs.
A friend told me the first time she ate cilantro, it was in a burrito. She took the burrito back to the chef and said, "There is something wrong with my burrito. You may have a food poisoning problem here."
I love cilantro. It's not salsa without cilantro.
I pulled the leaves off several stems, chopped it a little and measured out about 1/4 cup.
I love cilantro. You may not. Give it a chance. It will not dominate this salsa.
Salsa is a dance. Spicy. Interesting. Pretty. Her skirt flares up. She kicks her heels. 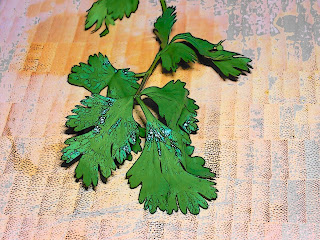 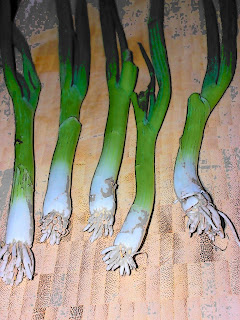 Lemons or limes?
Either will do, I like limes.
Get a couple extra for the tequila later.
One lime made about 2 Tablespoons of juice, just right for this batch of salsa. 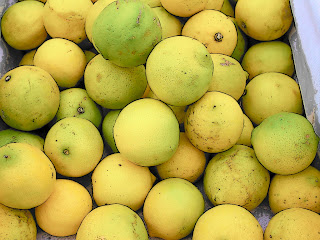 And there you have it. Pico de Gallo.
A little salt, a little pepper.
taste it
adjust with more jalepeno, more cilantro, more s&p 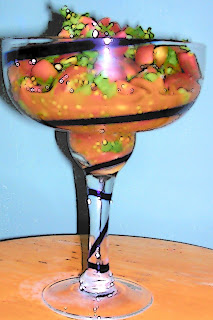 What to do with it? I've seen Dutchmen spoon it on bread.
It's a dip for chips.
It's a sauce for just about any dish.
Posted by Sonsie A David at 1:41 PM

Email ThisBlogThis!Share to TwitterShare to FacebookShare to Pinterest
Labels: Salsa