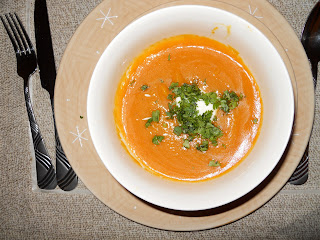 Holidays are meant for social gatherings no matter how big or small. Whether you buy specially prepared foods and drinks or spend hours on making it all yourself. The play between traditional, seasonal, and something new on the table never ceases to delight me, my friends and family.  As we taste, savour, and veer into pure gluttony, we always discuss what it is we are eating and drinking. How it compares to last year's feast. What small mistake or forgotten step needs to be forgiven. Oh the cranberry sauce didn't quite make it into the cranberry sauce hall of fame! However, that easy side of southern greens was voted into the next special occasion that involves mash potatoes.

Maybe the topic of food is a truly safe subject. Even with close friends and family, politics and religion will quickly heat up a conversation. This year my Christmas dinner at my brother's house was surprisingly copacetic and pleasant, considering past uncomfortable situations at their place. I think we only talked about the food and wine. Then again, on New Year's Day alone with my long time dear friend, we only talked about the food. Not because it was safe or the easiest topic, but because...Damn, it was so good! I took a picture and made her divulge everything she did, so that I could share it here.

Throw the first six ingredients into a large stock pot and bring to a boil. Reduce heat and simmer for ten minutes. Blend in blender only filling it half way at a time, or use another mode, like a hand held blender or food processor. Put back into the pot and add in the milk substitute and margarine. Bring to another simmer for 3 minutes. Serve with a dollup of vegan yogurt and cilantro if desired. If the pumpkins have all dissapeared, you can easily use another hard squash instead, like butternut or acorn. My friend found this recipe on www@ehow.com. The original recipe said that canned tomatoes could be used if fresh were unavailable and its okay to play around with the spices. Ground ginger, nutmeg, and cinnamon were suggested to try. My friend increased the coriander to suit her taste (and mine) since the recipe only called for 3/4 teaspoon. We both put ground pepper into our bowls too. This was the best pumpkin soup I've ever had!