The first time I ever heard the words, chow mein, was when my mom was recovering from an automobile accident caused by a drunk driver and had come home from the hospital to finish healing. I recall a hospital bed being brought into the livingroom and mom lying by the windows where she could look out. I have a vague recollection of one of her best friends coming by for a visit and asking mom if there was anything special she'd like to eat and mom told her she wanted chow mein. 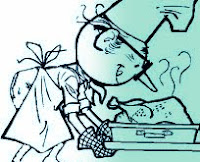 Now dad was a pretty decent cook, all things aside, and since he hadn't been as badly banged up in the accident and had only stayed in the hospital overnight, he was able to keep we three girls tummy's filled, even though all he knew was what he'd grown up with: good old German food of meat and potatoes at every meal. Since I had no idea what chow mein was, nor did I understand why mom had requested it, I asked what it tasted like and why we had never had it for our own dinner. She informed me that my dad didn't like it. Whatever dad didn't like, never showed up on our table.

The day came when Lil, mom's friend, came by with a bowl of something that smelled truly delicious. She heated it for mom and served her a big plate for lunch. I recall standing beside her bed, asking if I could have a taste. She told me I might not like it because it was a Chinese dish and I'd never eaten anything Chinese. Never-the-less, I wanted to see what all the hullabaloo was about so I opened my mouth wide and took the offered food.

Doggone, it was good. Even for a kid of about seven, I thought it needed to be served for supper at our own home once in a while. Of course that didn't happen. Just like spaghetti or pizza or anything Mexican. None of that ever graced our table. My memories of chow mein faded into nothing until our family moved to California the year I was sixteen. That's also when my hubby-to-be and I discovered our mutual love of Chinese food and began frequenting the Chinese restaurants around town. I especially loved the chicken chow mein, but shrimp chow mein would do too. 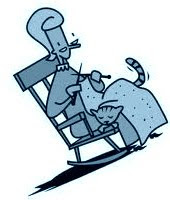 Then came the recent day when I was knitting while watching the Food Channel, and I heard one of the chefs say she was going to make vegetable chow mein. Without warning, a whole raft of memories evoked by those words came flooding back and I thought to myself, "Why not?" Why not make my own? Just like mom's friend Lil did. So I put my knitting aside and watched to see how it was done. You know by now that I tweeked the recipe to fit my own taste, adding more vegetables than called for. You also know by now that if I'm giving you the recipe, the dish turned out wonderful. Give this one a try. Tell me what you think.

In a large wok, put the oil, frozen peas, carrots, ginger, and garlic. Stir fry about 2 minutes until the ingredients are lightly browned. Add the mushrooms, water chestnuts, bamboo shoots, snow peas and celery. Stir fry another 3 minutes. Add the broth, the Hoisin sauce, soy sauce, bean sprouts, and agave nectar. Bring the ingredients to a simmer and stir fry another 2 minutes or until the sauce is thick and set. If it refuses to thicken up quickly, as mine did, mix 1/2 cup of broth with 1 Tbs. of corn starch and stir into the pan. Continue cooking and stirring another minute or so. The mixture will thicken into a lovely sauce.

Add salt and pepper to taste and garnish with the green onions just before serving.

You can put these delicious ingredients atop those wonderfully crunchy chow mein noodles sold at the grocery store or mixed in with those chow mein noodles that have to be cooked first. I used the latter because that's what I had on hand.