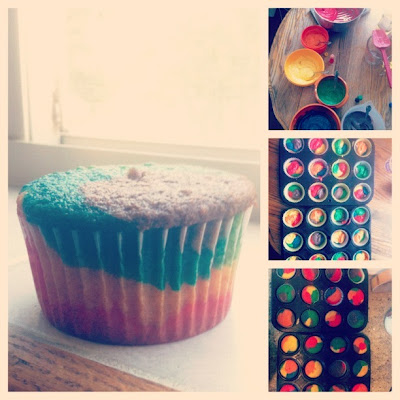 Lets talk about cupcakes, because guys, I love cupcakes. I could eat cupcakes all day long if I could, they are that tasty! And my sister, well, she makes some pretty good red velvets, but I have been itching to make some vegan cupcakes so I recruited her for the job.

We started making a yellow cake mix and adding in the water and oil, but when it came to the eggs (of which we needed three) we opted to sub in with applesauce. I looked up the amount of applesauce per egg on the great wide Google, answerer of all questions in the universe. Basically everything I found said that 1/4 cup applesauce equals one egg. So we put in 3/4 cups applesauce. I found in a few places that people mixed their applesauce with baking powder, and well, why not try it out?

So that's what we did. 3/4 cup applesauce mixed with 1 1/2 teaspoons baking powder all mixed together and then added to our boxed mix with the water and oil. And then we beat it up so there was no lumps. A few black eyes maybe, some broken ribs for good measure but there were no lumps!

And then we got crafty up in here, folks. I mean, we got really into our cupcake making and separated out the batter into six different bowls. One for each color of the rainbow. 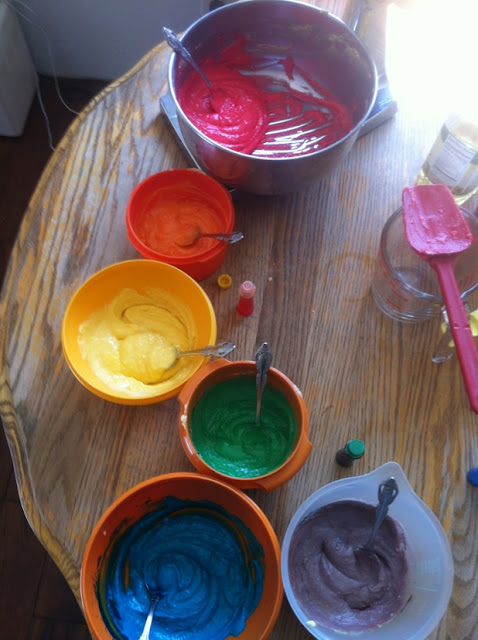 Yes, I know. You're impressed. And but who wouldn't be? I mean, those colors are fantastic! Once they were all bright enough for our liking, we started to fill up the cupcake liners with multitudes of different amounts of the myriad of colors. 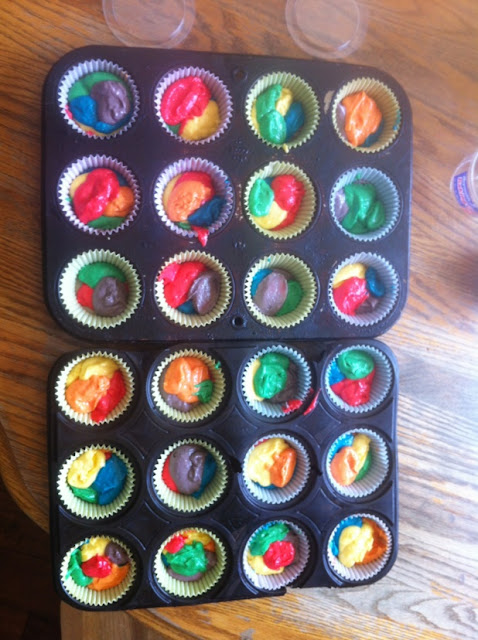 And then we baked them. For what seemed like an eternity. We set the oven to 350 and once it was nice and hot we stuck our multicolored magic in for whatever the all-knowing cardboard box told us to. But they weren't done when the timer beeped. So we put them in for two more minutes, only that wasn't long enough either. More time. The toothpick finally came out clean, but the tops didn't bounce back when you pressed on them. We waited longer.

I think we must have put them back in the over a total of four times. Three times we just added two more minutes and the fourth time we put them in for five minutes. By that time we were afraid of burning them, so we pulled them out and left them in the tin for a little while to see if that helped.

They were completely cooked, just a little spongier than we were used to, which we attributed to the fact that we used applesauce instead of eggs, so just be aware. But they taste super delicious and they're pretty to boot! 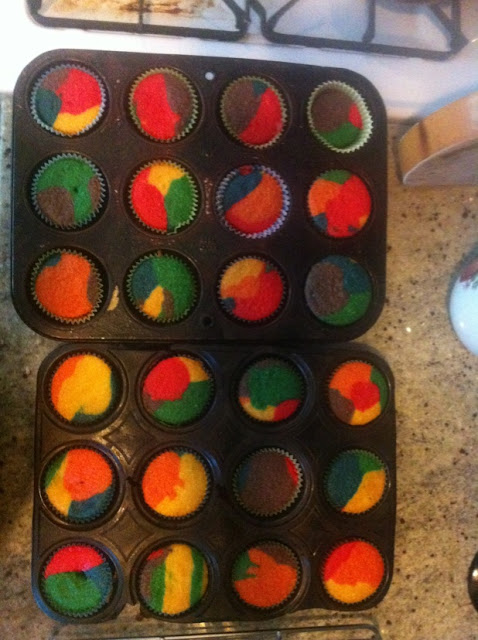 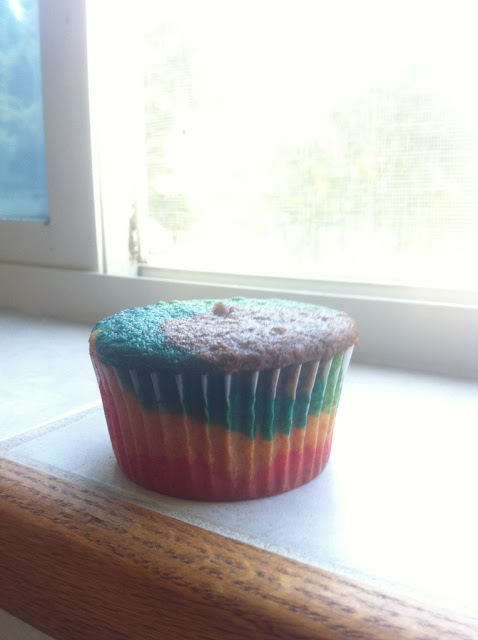 So cupcakes out of a box don't have to be ordinary. With a little effort (and I mean little! we be lazy up in here, yo!) you can turn them into vegan rainbow cupcakes of mass deliciousness!

Next time though, I'm going to leave out the baking powder from the applesauce because it doesn't really need it. And I'm only going to use 1/2 cup of applesauce and one banana, because actually you can sub in bananas for eggs too! One banana equals one egg! Who knew!
Posted by Natalie at 7:33 PM