It's time to confess. But first, a bit of history. When my family moved from the Minnesota farmlands to southern California, I was under the impression that my sixteen-year-old self knew the name of every vegetable grown on our nation's soil. I was wrong. We had been relocated only a few months when a neighbor brought us something he called zucchini. It was unlike anything any of us had ever seen. And even though mom thanked the neighbor with her usual grace, none of knew what it was or what to do with it so she sent dad across the street to get the particulars.
A vegetable? No way, I says to myself. It looked more like a big green gourd rather than something to eat. Since my family never wasted anything edible, mom cut the squash up and boiled it. I'll spare you the details of what I thought of it. I was the only one who greatly disliked it's taste and mouth feel. But at dad's house, we always had to eat what we were served so there was no getting away from that reprehensible vegetable. As fate would have it, my dad told our neighbor how much we'd enjoyed the zucchini, so once-again he came home with his arms loaded. I cringe even now thinking back on those days and months of imbibing that mushy vegetable.
To mom's credit, she tried everything to make it tasty enough so that I'd eat it without complaining. To no avail. There wasn't enough cheese sauce or butter or pan frying or grating that made me like zucchini. I finally figured out that the reason it wasn't grown in Minnesota was because it was such a tasteless vegetable no one in their right mind would plant it. That made perfect sense to me, considering that every farm wife I'd ever known spent untold hours putting  up their vegetables for the winter, canning everything from the garden in order to put a healthy meal on winter-time plates. If any of those farmer's knew about zucchini, none had planted it. I thought that spoke volumes.
In the meantime, that gift-bearing neighbor told dad how easy it was to grow zucchini. You just don't tell something like that to a farmer with his love for dirt and growing things. Before I realized what was happening, dad had dug up more than half of our huge backyard,  ripped out mom's new flower plantings, and pushed hundreds of vegetable seeds into the soil. Including zucchini. Nooooooo, I screamed in my mind. I had some solace though. Dad had planted the seeds on the shady side of the house. I felt pretty secure knowing they would never grow. Boy, was I wrong.
I could accurately say that for the last 53 years, I've never served zucchini. Then one day my sister-in-law was telling me about this zucchini recipe she had and how delicious it was. Of course you know what I told her. Then she asked me how I prepared it. By now you know that story too. To my amazement, she told me it was likely that mom had cooked it to death and no wonder I found it disgusting. I was stunned. Perhaps if I prepared it differently, she said, I would like it. So I gave it a try and doggone if it wasn't edible after all. So here's my true confession: Even though I thought I knew everything there was to know about vegetables, I was wrong. It feels so good to get that off my chest. I feel so much better now. Thanks.
STUFFED ZUCCHINI THAT ROCKS!
Preheat the oven to 350 degrees for use later in the recipe.

In a medium-sized saucepan put:

2-3 garlic cloves, minced
1 Tbs. olive oil.
Cook together until the onions are translucent. Do not burn the garlic or you'll have to start over.
To that mixture add:
1/2 cup millet
1/2 tsp. each of rosemary, thyme, marjoram, basil, and salt
1/4 tsp. pepper
1 tsp. paprika
Saute until the spices are blended into the mixture.
Now add to the same pan:
1  22 oz. can diced tomatoes with their juice
2 cups vegetable stock
Cover the pot and bring to a boil, then lower the heat and simmer for 20 minutes or until the millet is soft.
In the meantime, cut off both ends of 4 medium zucchini and then cut each in half lengthwise. Place in a pot of boiling water for 5 minutes. Don't overcook. Remove them from the water and set aside to cool. Once the vegetable cools, scoop out the pulp and add it to the millet mixture on the stove along with:


Allow the dish to set about 5 minutes before serving. Sprinkle with chopped fresh parsley for a hint of freshness. I used this dish as a main meal with no sides other than seedless grapes. The next day I chopped the remaining zucchini boats into pieces and stuffed them into a pita pocket and poured the remaining red sauce over the top. It was nearly better than the original dish--which rocked all by itself. 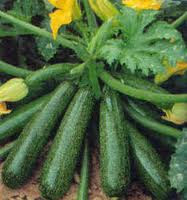 Copyright 2011 by Sandra L Keith, All rights reserved
Posted by Unknown at 10:43 AM